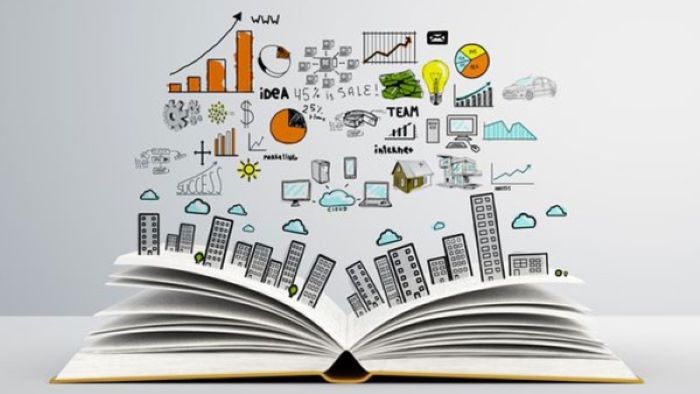 It is almost self-evident by now that the world is nonlinear, that the overwhelming complexity of the present, and intrinsic uncertainty associated with the future calls out for a different metaphor, one than transcends forecasts, analyses and strategic plans to better reflect an irreversibly chaotic and dynamic scenario in all orders of life.

The organic metaphor has been an apt one, in that nature provides us with infinitely complex processes but whose unpredictability balances out in their rich interactions to generate ecosystems that define the very concept of sustainability. This has given rise to what so far has been an elusive quest to go beyond this modeling of complexity in order to generate systemwide change, limited mostly to the seemingly stochastic act of planting seeds and providing the best possible conditions for them to grow, in a continuation of the growth metaphor for positive action. The combination of big data and artificial intelligence are hinting at some more tangible interventions, but they are in their early stages of development.

But there is more than the venerable patience of the sower. In education, we can’t afford to wait for the seeds to grow, given the sense of urgency and undisputable need for change. To go one step further in the organic metaphor we need to think of evolution. In most areas and industries, over time, best practices seem to follow an evolutionary process of sorts, so much so that in most orders of activity the landscape is unrecognizable as compared to the pre-Internet era, whereas, as we all know, education has remained largely impervious to change.

Evolution is basically a trial and error application of a brute force algorithm that results in selection through the ability to reproduce, so that there is “competence without comprehension” in the adaptation to the medium as a consequence of an endless concatenated succession of experiments whose very success ensures their perpetration.

A similar process occurs in most industries, where despite sustained attempts at intelligent design, the last few years have yielded a greater measure of success through viral replication and crowdsourcing of best practices. Even though this goes beyond the scope of this reflection, we might already acknowledge that intelligent design has been superseded by rapid evolution and that cutting edge and state-of-the-art practices occur more as a consequence of spurring that evolutionary process than trying to control and design it.

Back to education. One of the greatest evils that has thwarted change is that we have never seen any further than a strong, centralized, top-down approach that still, to this day, dominates all school environments worldwide. Education is definitely not an industry where practitioners generate innovations and are encouraged to experiment. Intelligent design, perhaps as a consequence of the very nature of our profession, where we cannot yet get rid of the reverential status of the teacher, is still profoundly exacerbated to the point where innovation is, indeed, almost stifled. It is not uncommon for teachers to feel powerless and overwhelmed by systemic constraints and demands that hinder what they know is best for their children. Evolution has been slowed down to a crawl, victim of unnatural efforts to avoid propagation of sound educational practice, some of which can be traced down to shortsightedness of policy makers and efforts from educational vendors to perpetuate the status quo for the profit motive.

Many questions remain unanswered, and are worthwhile exploring. What is the DNA of evolution in education? How can we identify the trial and error process by virtue of which best practices can “survive” and perpetuate themselves naturally? And, most importantly, how can leaders set the stage for evolution to occur faster, how can they provide catalysts so that these natural reactions are propagated and multiplied as fast as possible?

The educational adaptation of the metaphor is not trivial. At a time in which we struggle to identify triggers, actions and strategies that can provide badly needed change, modeling the organic metaphor in terms of evolution may prove to be an important exercise for educational change. As mentioned earlier, there is great promise in the identifying of some of the critical points in the evolutionary algorithm through big data, machine learning and AI.

In an indispensable effort at educational integrity, which must guide everything we do to avoid the perennial disconnect between how we adults learn and what we want children to do, the answers to questions above must be sought through leveraging computational tools and social networks in ways that mimic the very phenomenon that we attempt to unravel. It is time for us to abandon our own almost futile efforts at intelligent design and succumb to the forces of education and knowledge as a dynamic, unstable but yet very natural process that desperately needs to evolve, literally.

Gabriel Rshaid is Co-founder and Director at The Learnerspace. He welcomes messages on all things education at gabriel.rshaid@thelearnerspace.org